Daft Stories - A Visit to the Barber 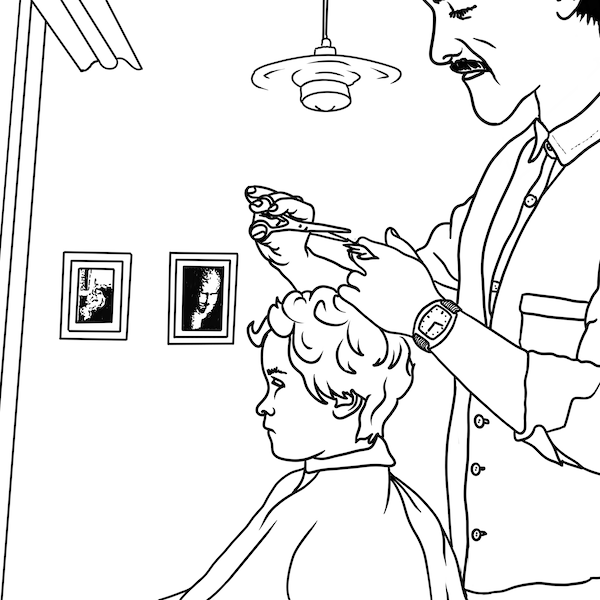 McGrenivan
You've done it again...this world that your creating appears to me to have an ethereal structure that transcends time. Mythical....it could be any time, though I'd have to forbear saying it could be anyplace. This universe is clearly in the UK.

area5.1
The rose tinted spectacles are not always comfortable to wear, but I'm glad you came along for the ride.

Thanks for your input, I think this version is much better.

Marcel
Ha! Another British expression that I had to look up. Thanks for teaching me English!

area5.1
What did I teach you this time?

Marcel
“Anything for the weekend, sir?” I never heard that one.

area5.1
Thought it might be that one. You want a lollipop too?

dirtyrobot
Hmm, never went to the barber as a kid. And pretty much not to the dentist either, because the dentist was afraid of me!

Uncle Zap
I had a grumpy barber when I was a kid. He'd say..sit still or I'll turn you upside down and shave the hair off your ass. Not sure whether I had hair on my ass or not I decided to play it safe and sit still. :)

area5.1
I don't think barbers like kids.... not sure what's worse, losing an ear or having your ass shaved. Did he horses too?

jsjaques
Love the bit about knowing who is next in line. I wonder if there's a German word to describe this barber anxiety?

area5.1
Seems it's a very real thing - the whole anxiety about going to the barber.

I think the "who's next" thing must be related to anxiety about missing your stop when travelling by bus or train.